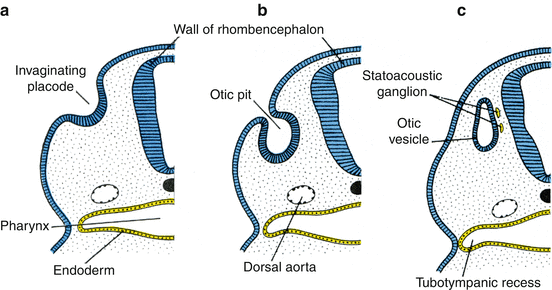 Embryology is the study of the origin and development of single individual embryo in prenatal period.

Development of different parts of the ear

Acute mastoiditis is a complication of acute suppurative otitis media, where the infection spreads from the mucosal lining of the antrum to involve the bony walls of the mastoid air system. 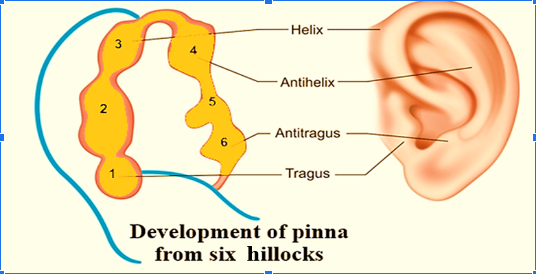 Inner ear and the formation of the membranous labyrinth

Early in the 4th week, a thickening of the surface ectoderm on each side of the hindbrain called otic placode forms otic pit and finally form the otic (auditory) vesicle. Membranous labyrinth arises from this ectodermal invagination from otic placode. Each vesicle divides into: a) The ventral component which forms saccule and the cochlear duct (scala media). b) The dorsal portion which forms utricle, semicircular canals and endolymphatic duct and sac. Saccule, Cochlea and Organ of Corti