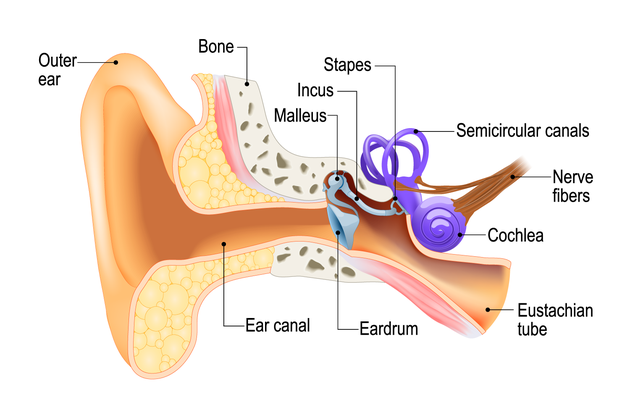 Definition: Otosclerosis is a hereditary localized disease originating from the otic capsule                        in which mature lamellar bone is removed by osteoclasts and replaced by woven bone of greater thickness, cellularity and vascularity. There is commonly a fixation in the Incudo-stapedial joint which fails or reduces the sound conduction resulting in deafness. Aetiology:
Types of Otosclerosis: 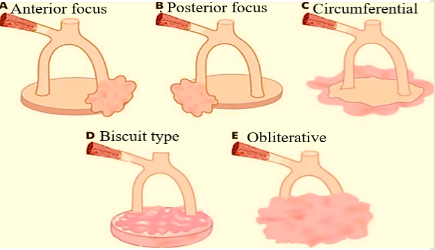 Histopathological grading of Otosclerosis: Histologically, Otosclerosis is characterized by 2 phases: ➣ Phase 1- Otospongiosis. In this the affected bone becomes hyper vascular and osteoclasts and osteolytic osteocytes cause enlargement of the vascular spaces of the bone. ➣ Phase 2- Otosclerosis. It is characterized by bone deposition. Grossly, Otosclerotic lesion looks chalky white, greyish or yellow in color. Occasionally, it is red in color due to increased vascularity, means the otosclerotic focus is active and rapidly progressive. Microscopically, spongy bone appears abnormally dense in enchondral layer the otic capsule. In immature active lesions, there are numerous marrow and vascular spaces with plenty of osteoblasts and osteoclasts and a lot of cement substance which stains blue (blue mantles) with hematoxylin-eosin stain. Mature foci show less vascularity and laying of more bone and more of fibrillar substance than cementum, and is stained red. Clinical features: 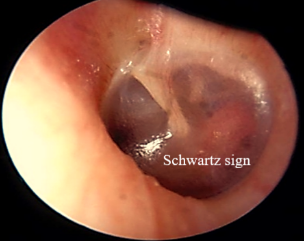 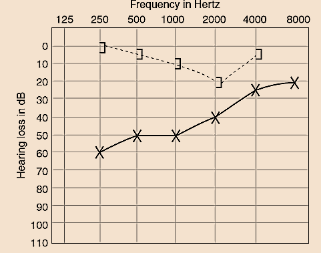 2. Speech audiometry shows normal discrimination score except in those with cochlear involvement. 3. Tympanometry is normal in early cases but later shows Ad type of curve (ossicular stiffness). 4. Stapedial reflex becomes absent when stapes is fixed. Differential diagnosis: Treatment:
1. Medical line of treatment: Oral sodium fluoride therapy can be given 50 mg daily for a period of 6 months to 1 year, depending on the tolerance level of the patient. However,this therapy is usually for medically unfit patients and results are unreliable. 2. Surgical treatment: A. Conventional Stapedotomy – 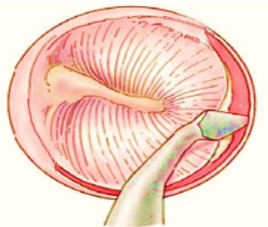 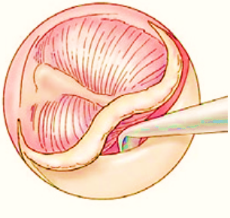 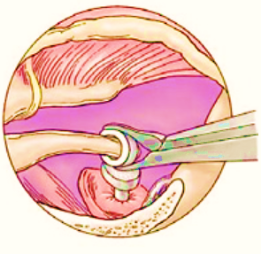 This procedure is done to decrease the incidence of accidental footplate subluxation.

C. LASERS (Potassium titanyl phosphate KTP, Argon, CO2) are used to make precise fenestra with a minimal risk of acoustic or mechanical trauma. It is especially useful in conditions like floating footplate.