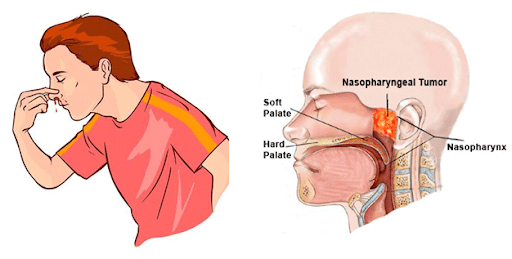 Definition: They are benign, very vascular and biologically aggressive tumors, originating almost exclusively from posterior nasal and nasopharyngeal region in adolescent males. Aetiology:
Age– Usually occurs in the 2nd decade. Sex– Exclusively common in males. Theories of origin: Pathogenesis: The tumor usually arises from the sphenopalatine foramen or the posterior wall of the nasal cavity with adjoining superolateral wall. The blood vessels are devoid of tunica media, hence the bleeding is torrential. Blood supply: Major arterial supply is from the ipsilateral internal maxillary artery. Collateral supply is from the ascending pharyngeal artery and branches of internal carotid artery.
Spread of JNA: 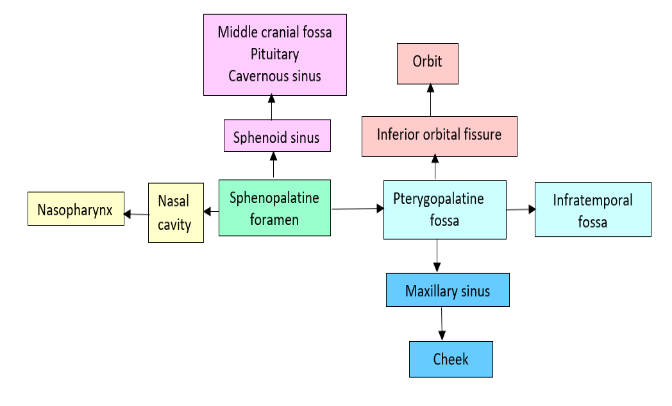 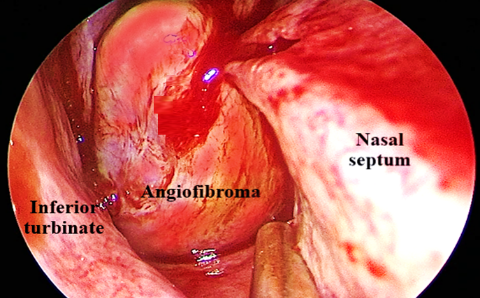 Investigation: 1) Haemogram. 2) CT Scan is the important diagnostic test to know the extent and vascularity of tumor. It can be performed along with angiography. It usually shows: 3) M.R.I contrast should be done to assess the following 4) Digital Subtraction Angiography (D.S.A) is done for accurate evaluation of vascularity of the lesion. It helps to diagnose the feeder vessel and pre-operative embolization to reduce vascularity. 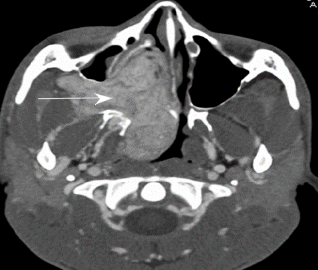